Drone Safety during the illuminations 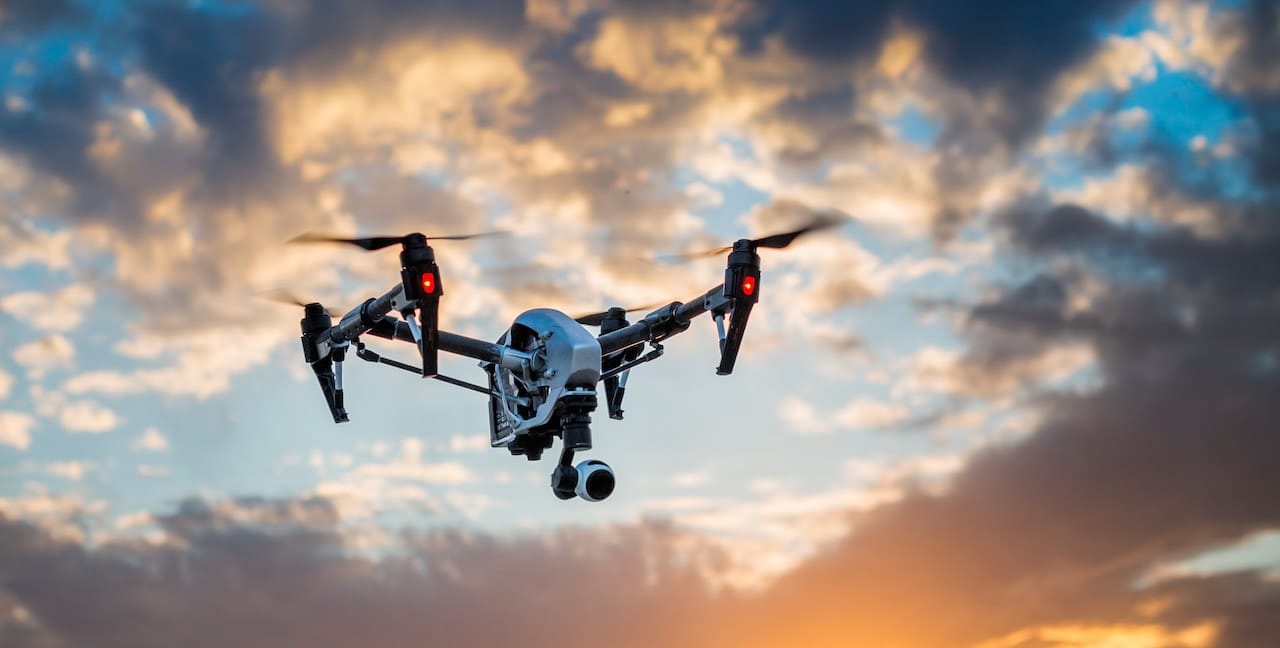 As the autumn nights draw in and the Illuminations are in full swing, the use of drone photography is on the up in our local skies and Blackpool Airport would like to ensure that drone users have all the information for safe and legal flying, whilst having fun trying to capture the ultimate shot.

Drone use has grown at a rapid rate over recent years, both for commercial and pleasure use, with our UK skies being some of the busiest anywhere in the world. As such, there has been an increase in pilot reports of near misses involving drones flying too close to the aircraft. Not only is it a serious distraction to the pilot, but if the drone is ingested into the engine or caught in a helicopter's rotas it could cause a serious and even fatal accident.

Stephen Smith, Blackpool Airport Manager said; "Anyone wishing to fly a drone to film the Illuminations in the vicinity of the airport (from Central Pier as far as Starr Gate) would need permission from Air Traffic Control at Blackpool Airport via the airport website Drone Flight application link. A CAA approved professional drone operator's qualification is usually necessary to fly in that area. Members of the public are reminded that there is an increased risk of damage to aircraft in flight caused by drone activity near the airport.

"Whilst we don't want to stop people having fun, it's important that they are not posing a risk to any other aircraft or people. So far Blackpool Airport has not experienced any of these incidents and our air traffic control team have a good relationship with local users who do inform them if they are using drones in the area. It is essential that we maintain awareness around safe and legal drone flying and that new users or visitors from out of town at busy times of the year, like the Illuminations, understand the local restrictions on flying close to the airport."

At present, drone permits are issued free of charge at Blackpool Airport. 7 days' notice is required for drone applications and all information can be found on the website: Safeguarding the Aerodrome

THE DRONE CODE -- BE DRONE SAFE www.dronesafe.uk
When flying a drone in the UK it is the individual's responsibility to be aware of the rules in place to keep everyone safe. The UK Drone Code is published by the Civil Aviation Authority to assist drone users in flying safely.

Failure to fly responsibly could result in criminal prosecution.

Use of Lasers and Lanterns
Several other seemingly fun activities can also pose a threat to an airport and its pilots. There have been reports of laser attacks, especially during the Illumination season, where a laser pen is pointed at the aircraft's cockpit. Not only does it distract the pilot but the more powerful lasers can cause eye damage and even blindness. All laser attacks are against the law and are taken very seriously, carrying a jail sentence.

The release of Chinese and other sky lanterns, often associated with Halloween and Bonfire Night celebrations also pose a real safety risk to aviation if freed in the vicinity of the airport. Local air traffic control should be notified if lanterns are to be set free within 10 miles of the airfield as they can be sucked into the engine causing a potentially fatal accident. They also pose a significant threat to domestic animals and wildlife.

Back To News
We use cookies to ensure that we give you the best experience on our website. If you continue to use this site we will assume that you are happy with it. Privacy policyI'm fine with this