Top Gear tests out the tarmac on location at Blackpool Airport 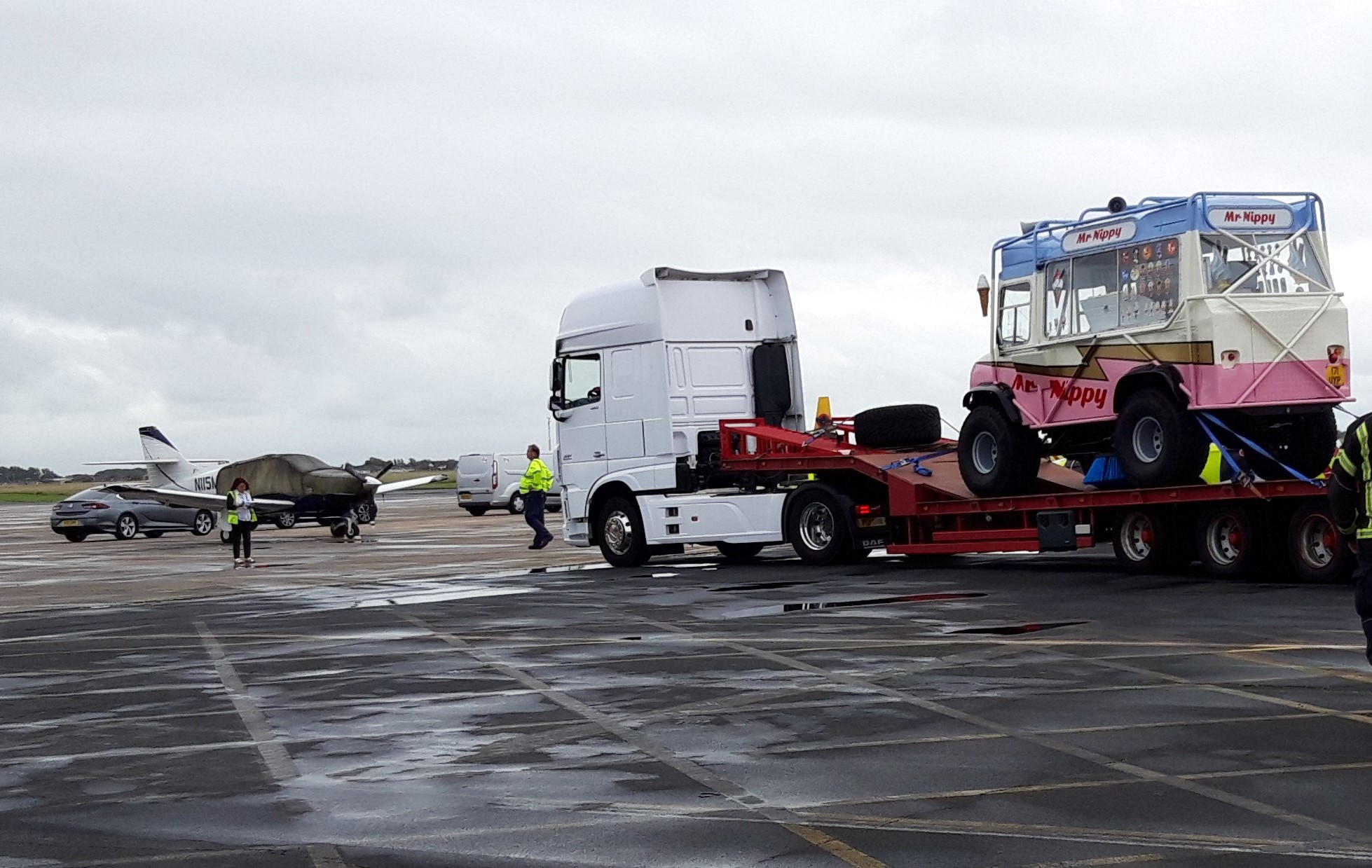 The airport offered the BBC programme the ideal location for the shoot - with easy access, plenty of open space and versatile facilities – which showcased Paddy’s plan to reinvent the ice cream for the 21st century, complete with a few hidden surprises!

For film and television productions and commercials (or testing out suspiciously big electric ice cream vans) Blackpool offers the perfect location, whether you need a simple, modern day setting or you would like to make use of the airport’s historic buildings and backdrop.

Originally a Battle of Britain aerodrome, Blackpool Airport was built in 1909 and is equipped with a terminal building, air traffic control tower, large areas of apron, an active runway, several taxiways and plentiful buildings and service roads. Its coastal location also makes for dramatic shots from the air – with filming from light aircraft and using drones both possible, subject to the correct permissions.

We are also able to support production companies in providing the airport fire service for filming or safety duties, there are usually plentiful business jets and helicopters on the tarmac for background shots and we can help you source fixed wing and rotary aircraft for both filming and transport.

Located just over a mile from the M55, Blackpool has welcomed a wide variety of location shoots for film, television and commercial in recent years. As well as Top Gear, the airport played host to the ‘Thank You NHS spitfire’ in summer 2020, while clothing brand Millionaire Homme used one of the airport’s hangars as the setting for one of its commercial shoots in 2019.

Back To News
We use cookies on our website to give you the most relevant experience by remembering your preferences and repeat visits. By clicking “Accept All”, you consent to the use of ALL the cookies. However you may visit Cookie Settings to provide a controlled consent. For more detailed information about the cookies we use, see our Cookies Page
Cookie settingsACCEPT ALL
Manage consent

This website uses cookies to improve your experience while you navigate through the website. Out of these cookies, the cookies that are categorized as necessary are stored on your browser as they are essential for the working of basic functionalities of the website. We also use third-party cookies that help us analyze and understand how you use this website. These cookies will be stored in your browser only with your consent. You also have the option to opt-out of these cookies. But opting out of some of these cookies may have an effect on your browsing experience.
Necessary Always Enabled
Necessary cookies are absolutely essential for the website to function properly. This category only includes cookies that ensures basic functionalities and security features of the website. These cookies do not store any personal information.
Functional
Functional cookies help to perform certain functionalities like sharing the content of the website on social media platforms, collect feedbacks, and other third-party features.
Performance
Performance cookies are used to understand and analyze the key performance indexes of the website which helps in delivering a better user experience for the visitors.
Analytics
Analytical cookies are used to understand how visitors interact with the website. These cookies help provide information on metrics the number of visitors, bounce rate, traffic source, etc.
Advertisement
Advertisement cookies are used to provide visitors with relevant ads and marketing campaigns. These cookies track visitors across websites and collect information to provide customized ads.
Others
Other uncategorized cookies are those that are being analyzed and have not been classified into a category as yet.
Save & Accept